It is with great sadness that we announce the passing of former Councillor, Brian Stead on Sunday 5 April, a short time before his 87th birthday.

Brian Albert Stead was a councillor for Nork ward from his election in 1995 until 2019, when he stood down from the role. 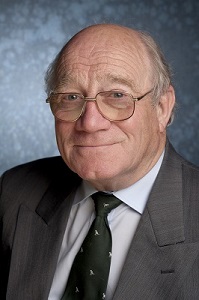 He served as Mayor for the 2011-12 municipal year, during which time he raised over £18,500 for his chosen charities, Surrey Air Ambulance, Princess Alice Hospice, Surrey Deaf Children’s Society and The Mayor’s Trust Fund through a series of fund-raising events.

Cllr Stead held roles on the Standards Committee and the former Finance and Policy and Resources committees, Resources and Finance Sub-Committees and the Contract Services Board.

He represented the borough for several years on Surrey County Council’s Local Committee for Reigate & Banstead, as well as several outside bodies, including as governor of Warren Mead Junior School for 25 years and the Nork Community Association Committee.

Cllr Stead attended the Royal Garden Party at Buckingham Palace in May 2005 for his services to the Council.

The Mayor of Reigate & Banstead, Cllr Keith Foreman, said: “Brian served this Council and his community with distinction for 24 years. Particularly notable are his times as Mayor and the first-class job he did chairing the Overview and Scrutiny Committee, holding the Council to account.

“Brian was an unwavering advocate of the needs of his residents and as a councillor he spoke with clarity and passion. I will never forget how encouraging he was to me as a new councillor in 2012, and to us all individually. I have learnt a lot from him over the years.

“I offer my heartfelt condolences to his family, friends and colleagues at this sad time.”

Brian Stead was born in south London and educated at Wilson’s Grammar School. He graduated from Imperial College London with a BSc (Eng) in Aeronautical Engineering and completed his graduate apprenticeship at Hawker Aircraft in Kingston.

He joined the RAF as a fighter pilot and as a Wing Commander led a Phantom Squadron in Germany. During his 16 years of service, he served all over the world. He subsequently worked as a senior civil servant at the Ministry of Defence for 20 years until retirement.

Cllr Stead was sadly widowed shortly before he became Mayor. He and his wife have three children - two daughters and one son – and several grandchildren.