It is with great sadness that we announce that Honorary Alderman John Meech passed away on 14 November. 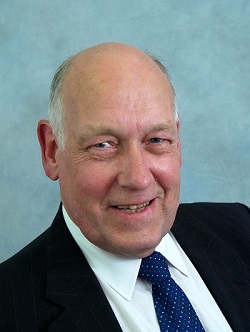 Paying tribute, the Mayor of Reigate & Banstead, Councillor Keith Foreman said: “I am deeply saddened to hear about the passing of Honorary Alderman Meech.

“His love of sports and the local community will be remembered fondly, especially the many years of devoted service to this Council, Horley Town Council and residents.

"Our thoughts are with his family, friends and colleagues at this sad time.”

Born and raised in Reigate, John Alastair Meech was active in politics for most of his life.

Mr Meech was made an Honorary Alderman by the Borough Council in 2016 for his extensive services to the borough.

As a mark of respect, a minute’s silence was held at Thursday 5 December’s Executive meeting.

The Council has written to Honorary Alderman Meech’s family to offer our condolences at this difficult time.

A Celebration of the Life of John Alastair Meech will be held at St Batholomew’s Church, Horley, on 19 December at 12.30. This will be followed by a reception at the Horley Lawn Tennis Club.

If you’d like to donate to St Catherine’s Hospice in his Memory, please contact Batemans Funeral Directors in Horley.