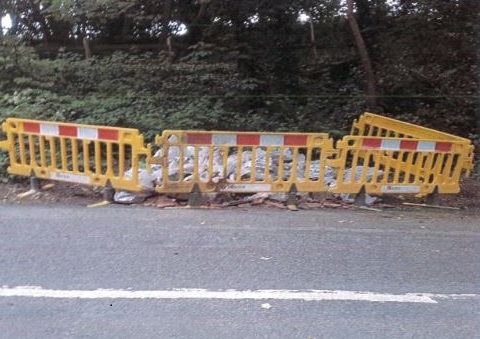 Councillor James Durrant, Reigate & Banstead Executive Member for Community Safety said: “This huge amount of refuse was carelessly dumped on the side of the carriageway. It was not only bad for the environment but posed an enormous risk to road users and also required a large clean-up operation from the council.

“We take fly tipping extremely seriously and would like to remind residents to check where their refuse is going when using a third party company to dispose of any household waste. Our advice is to ask to see their waste carriers licence.”

Reigate & Banstead Borough Council made an application for compensation which was awarded, to the sum of £1150. The payment has been used to cover the cost of clearing up and disposing of the rubbish.