It is with great sadness that we announce the passing of Honorary Alderman and former borough councillor, Michael Selby on Wednesday 26 October 2022.

Hon Alderman Michael Selby represented Nork ward on Reigate & Banstead Borough Council from 1988 to 2019, a total of 31 years. He served as Deputy Mayor for the 1994-1995 municipal year. 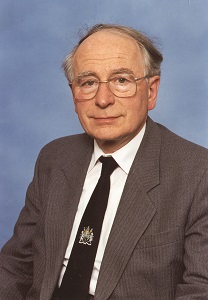 He was a long-term resident of Nork and developed his interest in serving the local community through his membership of the local residents’ association since the 1970’s.

Hon Alderman Selby held a passion for development and planning and he was a member of the Council’s Planning Committee from 1990 until his retirement from the Council. He was Vice-Chairman of the Committee in 1992-1993 and Chairman for the two years 1998 to 2000.

He also held roles on the Licensing Committee and the former Environmental Services, Personnel and Transport Committees.

Within his ward he was a governor of both Warren Mead Infant and Junior Schools.

Hon Alderman Selby had a very strong interest in improving public transport, and advocated improvements for the benefit of residents. He actively participated in a successful campaign to retain the full 166 bus service linking Nork to Epsom town centre and the hospital when a reduced service was proposed by Transport for London. In addition, for a long period he sought an improved service on the rail line between Epsom Downs and London and reinstatement of the Sunday service. This too was successful.

The Mayor of Reigate & Banstead, Cllr Frank Kelly, paid tribute: “Michael served this Council and his community with dedication and passion for 31 years. Particularly notable are his commitment to planning within the borough and his successes in achieving positive outcomes on local transport provision for residents. His commitment to the needs of his community were exemplary.

“I offer my heartfelt condolences to his family, friends and colleagues at this sad time.”

A tribute was read by Cllr Nick Harrison, Residents’ Association Group Leader, at Full Council on Thursday 27 October, which was followed by a minute’s silence as a mark of respect.