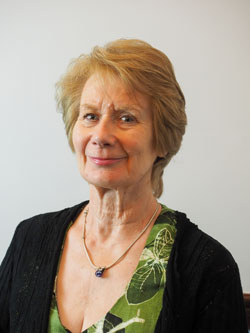 She has been on Reigate & Banstead Borough Council’s Overview and Scrutiny and Planning committees, as well as committees for Age Concern Banstead. She was Deputy Mayor in 2007, was on the Twinning Association representing the Mayor in Eschweiler the same year and was also the Executive Member for Health in 2016.

Rachel was born and brought up on a farm just outside Harrogate Yorkshire, and her family are still involved in farming there. Most of her working life was spent in recruitment and head hunting. When her children started at school and nursery, she started volunteering at The Children's Trust, and after a few years they asked if she would like to work for them and start their volunteers department. She left The Children’s Trust as their Head of Volunteering five years ago. Cllr Turner has lived in Tadworth for over 40 years, any free time she has she loves to spend with her three little grandchildren.