2022 is the year of the Queen's Platinum Jubilee.

As of 6 February 2022 Her Majesty The Queen became the first British Monarch to celebrate a Platinum Jubilee, marking 70 years of service to the people of the United Kingdom, the Realms and the Commonwealth. 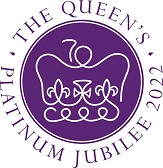 There are lots of events and schemes planned throughout the year and we will update this page to provide further details.

There will be a special extended bank holiday weekend between Thursday 2 June and Sunday 5 June, during which the Council will be holding its own event in Reigate’s Priory Park, along with a ceremonial lighting of the park’s beacon by the Mayor of Reigate & Banstead.

A series of council-organised events will be held from Thursday, 2 June, throughout the bank holiday weekend to Sunday, 5 June.

A beacon lighting will be held on the night of Thursday, 2 June, in Priory Park, Reigate. There are plans for live music from a choir and piper, as well as a speech from the newly sworn in Mayor of the borough. Attendees are encouraged to arrive from 9pm, with the beacon lighting itself planned to take place at 9.45pm.

A funfair will be set up in Priory Park throughout the weekend.

The Harlequin Theatre and Cinema in Redhill will be holding screenings of documentary film, Elizabeth: A Portrait in Parts. Tea parties will take place in the function rooms prior to the screenings: 2pm-3pm and 4:15pm-5:15pm. Find out more information here.

A live screening of the special evening concert, the Platinum Party at the Palace, will be shown at the Harlequin Theatre and Cinema in Redhill. Find out more information here.

Residents are encouraged to hold picnics in three of the main parks across the borough between noon and 6pm as part of the national Big Jubilee Lunch. Families are encouraged to gather in Banstead's Lady Neville Recreation Ground, Redhill's Memorial Park, and Reigate's Priory Park to share a picnic and celebrate the Queen's Platinum Jubilee.

Children are encouraged to come in Royal or 1950s-themed fancy dress, with council representatives including the borough's Mayor and Deputy Mayor visiting the park's cafés between 2pm and 3pm to award certificates to children who have dressed up for the occasion.

A separate picnic event is being held in Horley on Saturday, 4 June, organised by Horley Town Council.

Please note they will only be approved subject to Environmental Health guidelines being adhered too.

You must check that the views of everyone in the road have been taken into account before we are able to give permission for the event, allowing a minimum of six weeks’ notice before the day of the event.

The Queen’s Green Canopy is a tree planting initiative to mark the Queen’s Platinum Jubilee, inviting people from across the country to “Plant a Tree for the Jubilee.”

The current Mayor of Reigate & Banstead, Cllr Jill Bray, will be planting a tree in her own garden as well as at Reigate Town Hall to support the initiative.

Individuals, community groups, schools and local businesses are encouraged to take part in the celebrations by planting trees of their own.

You can find more details about tree planting here.

If you're hosting or involved in a Jubilee-related event taking place within the borough, you can visit this page to submit your event to be listed below. Please ensure any submissions are clearly marked as a Jubilee event.